How to Acquire Metadata for Remaining Items

There may be rare cases where certain items cannot be downloaded from the server. If you would like to collect more information about such items, you can have FEC attempt to acquire metadata for them.

There are two places where you can trigger metadata acquisition:

1. At the end of an acquisition 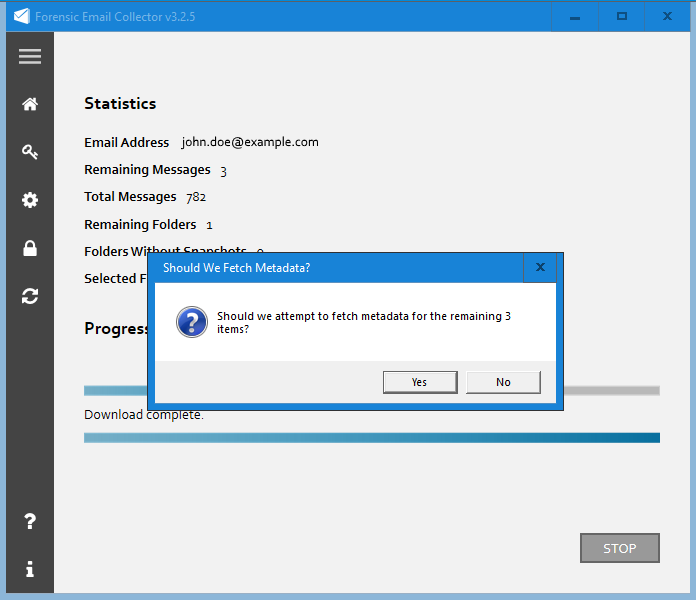 2. When You Resume A Project

Alternatively, you can trigger metadata acquisition when you resume a past project. When you open the past project, if there are any remaining items, FEC will display a hyperlink that reads "Acquire & Export Remaining Item Metadata". If you click on this link, you will be asked to choose an output folder.

FEC will then attempt to acquire metadata for the remaining items and save the tab-delimited metadata report in the output folder that you specified. 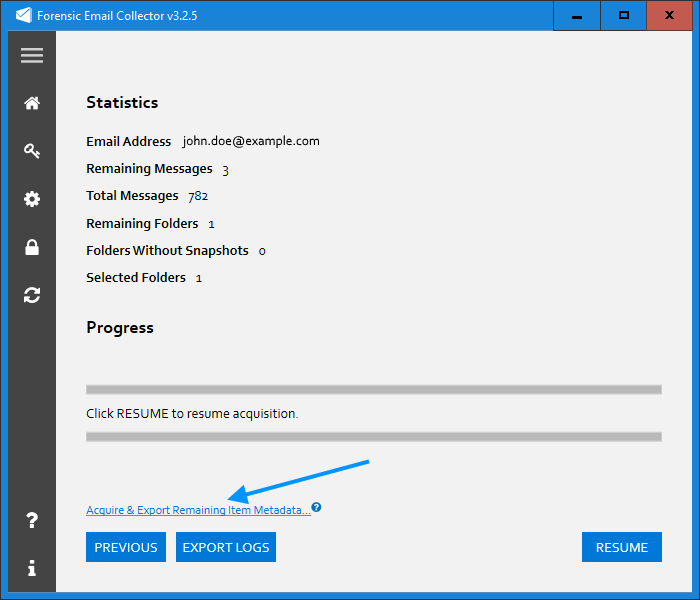 Because these messages could not be downloaded after repeated attempts, FEC plays it safe by acquiring metadata for each item individually rather than make batch requests. So, metadata acquisition for remaining items can take as long as, or sometimes longer than, downloading entire messages.

Did this answer your question? Thanks for the feedback There was a problem submitting your feedback. Please try again later.